The last time I traveled to Sacramento I went to one of their local hot yoga studios. In fact, it seems like that's most if not all of what is up there, which is fine at least there are studios that I can afford.

Don't get me wrong I enjoy a good sweat just fine, and luckily after 11 years I (usually) know how to gauge myself to keep it real and out of potential injury (and I guzzle more water than probably two or three hot devotees put together). I'll usually position myself in back and just do the class a lot slower, because I know that if I build up too much heat I just pass out, or I render myself unable to stand up for a day or two because I've overstretched.

When the instructor asked who was new, I raised my hand as I hadn't ever attended one of her classes before. She started class with the usual "pace yourself, embrace the process" standard patter, but even though there were just a few newbies, neither she nor her unshirted mail assistant came by my mat for any adjustments or support. They both did seeme to pay repeat attention to a specific few regulars, one of whom was severe ectomorph, wearing a full arm sweater and full length leggings in a 95 degree room, bending her body in ways that in my training would indicate unhealthy wear and tear on joints.

Regardless, I was content just to have a place to practice that I could afford (and thank heavens for my amazing in laws that allow me the time to indulge by watching eli and letting me use their car).

After class upon exiting...wait, first I have to mention that more than one of their drippier students exited the classroom and sloshed through the lobby leaving sopping wet footprints across the very slippre tile floor, and didn't bother to mop up... so what did I do, I took my towel (and a few others from the dirty towel bin) and wiped that bodily fluid up, partly to prevent myself from slipping, partly to prevent others from slipped, and party to just call attention to it (gross) and hope someone would assist. Perhaps a bit passive aggressive, but it's just not appropriate to a) do that, and b) not fix that.

Ok, back to the story: I was cooling down in the hallway when a woman (a bit younger than I) said "Oh, you did really well for a beginner." I smiled and said thanks because any other response would have been, snide? defensive? egotistic? inappropriate in the face of what was supposed to be compliment? Mostly I realized she was trying to make a friend and had I said anything other than a genuine thanks I would have alienated the only person to try to make conversation with me

Those that have met me know I'm a bit of a chatter, a bit of an extrovert, very much vested in creating positive relationships (and sometimes too concerned with being liked). I have been told that "I'll talk to anyone" and know I get that from my very outgoing (and quite popular in his day) father and being someone that was TERRIFIED to open up to the world when i was an early teen, I LOVE that part of me now.

So when I had trouble engaging the front desk person in even business related conversation, and felt she looked past me my entire enrollment time to chat with her better knows, I was discouraged. And as a patron, frustrated, because she kept mixing up whether or not I had paid for and had been given a mat (no), a towel (yes), and a class (yes, and it turns out I already had a package of classes on the books that she didn't mention as she charged me for another series of classes).

In her defense, and before someone shouts "she was probably busy" I need to point out that I was the only person needing attention at the desk, everyone else just had to sign their name on a sheet so it wasn't much to ask for a BIT of focus, but oh well, I have my ADHD moments too.

So now that I have 10 classes at this place (and would feel petty asking for any money back), I need to bring myself back to a place a humility and:
In terms of the 8 limbs of yoga, this calls me to practice more on the Niyama facet of Svadhyaya which is self study and a whole bunch of non-judgement, as well as the limb of Pratyahara, or going in ward and withdrawing of the external senses (like, looking at someone else on their mat).

So, even though it's not my "ideal" studio, with my favorite teachers and familiar student faces, I am in fact getting an amazing practice sessions in yoga - far far more than just asana. 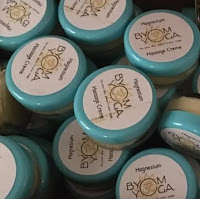